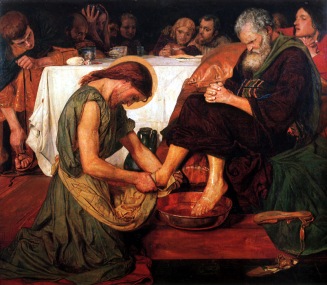 Later tonight, we will sing a hymn that is composed by a man named Tom Colvin.  Colvin was a Church of Scotland minister and served as a missionary in Ghana from 1958 to 1964. Before studying theology, Colvin had been an engineer, so he had a lot to share in mission.  But also, in addition to having faith and skill, he had a strong spiritual community supporting him, since he was deeply involved in the ecumenical religious Community of Iona in Scotland.  Like Iona itself, Colvin was passionate about justice and he got involved in service committees, refugee resettlement, and community development projects. He led projects in community development and training in parts of southern Africa and in helping refugees from Mozambique find sanctuary in neighboring Malawi. Perhaps because he carried the music and prayer of Iona with him, he was sensitive to Ghanaian folk music and wrote or adapted hymns using some of these tunes.  The most popular in our country is the one we’ll sing later, “Jesu, Jesu.”  But we will sing a slightly updated version of the hymn.

The one that Colvin wrote, that’s in our hymnal and we’ve usually sung, includes language about slavery.  While the hymn works to reverse some of the tide of colonization as the Ghanaian tune has come this way to missionize us, and the hymn encourages that all serve one another—there are still big problems.  Put simply, I think it’s a problem any time a bunch of white folks (or people of privilege from any race, for that matter) sing happily and glibly about slavery—whether it’s generalized slavery or spiritualized slavery or historic slavery, or any other kind.

The opening verse of the original hymn sings of Jesus who

Kneels at the feet of his friends,
silently washes their feet,
Master who acts as slave to them.

The final verse of the hymn used to sing

Loving puts us on our knees,
serving as though we were slaves;
this is the way we should live with you.

Again:  not true, not good theology, and not the message of Christ.

Though scripture uses the image of slavery, it’s important for us to sort out the difference between imagery and reality, and to interpret all scripture with an honest eye to ITS context and a very clear understanding of OUR context.

Just last Sunday, in the Palm Sunday Epistle reading from Philippians, we heard one of the most beautiful and significant passages in all of the New Testament.  And yet, there’s a potential stumbling block.  The passage urges

Let the same mind be in you that was in Christ Jesus,
who, though he was in the form of God,
did not regard equality with God
as something to be exploited,
but emptied himself,
taking the form of a slave,
being born in human likeness.
And being found in human form,
he humbled himself
and became obedient to the point of death–
even death on a cross. (Philippians 2:5-11)

Paul writes in poetic language and in language that would have caught the attention of his audience—in the First Century!  Jesus “took the form of a slave,” but let’s be honest—Jesus did not live as a slave.  He was never forced to work for others.  He was never shipped to another country or made to work for nothing.  He was never beaten or abused until he came into conflict with the religious and civil authorities—action which he stepped into with eyes wide open.  And so, in the Letter to the Philippians, the one that urges us to have the mind of Christ in us, let’s be clear that at the heart of it is the CHOICE Jesus made, the choice he made to give himself over for others.

That choice, alone, rules out slavery by definition.  Slavery is involuntary.  One does not ask to be a slave; one is made to be a slave. To be enslaved is to be robbed of one’s rights, to be reduced to property, and to have one’s soul dampened and denied.

We hear about deliverance from slavery in our first scripture reading, the one we overhear with our Jewish sisters and brothers as they celebrate Passover.  Passover is about freedom from slavery, and understood in our day, it’s about freedom for anything or anyone who enslaves.  It’s about the power of God to free us, release us, and break any bonds that would hold us down— whether that be slavery to sin, slavery through addiction, or slavery to bad relationships, behaviors, or habits.  God frees God’s beloved.  And God frees us to serve.

When we sing a revised version of Reverend Colvin’s hymn later on, we’ll sing one that (I think) gets to the heart of Colvin’s ministry and intention.  We are called to be servants, but we are free to refuse or accept that calling.

We see this in tonight’s Gospel.  Jesus moves in the freedom of God even as the disciples are uncomfortable with that same freedom.  Jesus chooses to wash their feet and it upsets them.  Peter doesn’t want Jesus washing his feet, but I don’t think it’s about the act of foot washing.  It’s deeper than that.  Peter doesn’t want Jesus serving him.  Not only might it put Peter in debt to Jesus in a way he might not be able to repay, but in the service itself, the example, it seems to call Peter to do likewise, and perhaps Peter wants no part in that kind of service.  After all, the Gospels give us glimmers into the disciples vying for position, looking for power, and sometimes following the world’s love of pecking orders and hierarchies.

But Jesus chooses to serve.  He serves his friends and presumably, because the Gospel doesn’t say that Judas has left the supper yet, Jesus serves Judas, his enemy.

Christian service is chosen—that’s the way it works.  If we serve otherwise, it’s something else.  If we serve out of resentment, or out of duty, or out of a sense of debt, out of a sense of people-pleasing—it’s NOT the mind of Christ, and it’s not the spirit of the One who kneels to wash the feet of friend and enemy alike.  Service like Christ is free service that involves risk, it involves being open to the outcome, not knowing how one’s service will be received or acknowledged.  One might be rejected, or received.  One might be thanked or ignored, but if we choose to follow Christ, then we make daily choices to follow and to serve.

We imitate Christ’s service in just a few minutes, as we are invited to wash the feet of another person and to have our own feet washed.  It is a two-way service—to help and to be helped. I understand that foot washing is not everyone’s calling or pleasure.  Please know that you are invited to participate in body, or to remain where you are and participate in spirit.  But I whether you take your shoes off and allow another to wash your feet, you want another’s, or you remain seated, I hope you’ll consider how YOU might be choose to serve with Christ in some new way.

After the foot washing, we prepare to celebrate Holy Communion, the feast of joy that celebrates the faith that God has come to serve us, to serve with us, and to empower us to serve others.

Christ our Passover sacrificed himself for us.  Therefore, in grateful humility, let us keep the feast.