Prayers Answered (through Others) 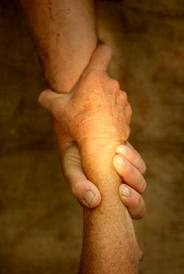 There’s an old preachers’ story about a woman who prayed.  Every morning, she would get down on her knees and pray the same prayer: “Lord, please send me a side of bacon and a sack of cornmeal.” Over and over the woman prayed the same prayer. One day the town scoundrel overheard this woman praying, and he decided to play a trick on her. He hurried over to the nearest store and bought a side of bacon and a sack of cornmeal. Sneaking up to the woman’s house, he crouched down under the window and then threw the bacon and cornmeal into the woman’s kitchen. It landed right in front of the hungry woman as she was praying. She jumped to her feet and began praising God, “Lord, you’ve heard my prayer.” She ran all over the town telling people what had happened, how God had blessed her and heard her prayer.

Finally, this was just too much for the scoundrel, so in front of everybody, he told how it had actually been him who had bought the bacon and cornmeal, not God, and that this woman was nothing but a silly old fool. The woman listened to him and when he was finished, she spoke.  She spoke to the whole town as she explained, “Well, the devil may have brought it, but it was the Lord who sent it. Thanks be to God.”

In today’s scriptures, God moves and acts.  God does miracles—but they’re not accomplished in visions, or alternate universes.  The miracles don’t happen at some super-spiritual place like a mountaintop or a place of retreat.  God does act in those places and God does sometimes get us alone and speaks in prayer, dreams, visions, and in that little feeling of the gut when we just “know” something is right and of God.  But far more often, God works through the mundane and the mortal.  God works through the very person, thing, or institution we might least expect.  When we’re hungry and walk down the street and almost get hit in the head with a sack of bacon and cornmeal, we might assume it’s a scoundrel.  But it might very well be God.

In the reading from the First Book of the Kings, the portion we heard is the second part of the story.  In the longer version, God tells Elijah the prophet to go to Zarephath, because there’s a widow who will give him something to eat.  When Elijah gets there, he asks the woman for some water and bread and learns that she’s very poor and is down to her very last scrap of food.  She’s so poor that she can’t even put together enough to make bread.  Elijah tells her to go and use what she has, that God will provide more.  And so the widow trusts Elijah, makes him bread out of her little bit, and finds that she is then blessed in abundance with oil and meal that lasts and lasts and lasts.

But where today’s reading begins, the widow’s son has gotten sick and seems to have died. The widow rails at Elijah.  Since blessing came from God through Elijah, surely Elijah must have somehow brought this curse of a sickness, as well.  But Elijah gets to work.  He performs a sort of biblical equivalent of CPR and the boy is revived.   The widow of Zarephath might have prayed to a high and mighty God a long way off, but God sent a strange, hungry prophet to answer her prayer.

God shows up in surprising ways in our second reading, as well.  God surprises Paul and God surprises the people who encounter Paul.  In the Letter to the Galatians, the Apostle Paul describes a bit of his conversion, his great turn-around from having been a religious Jew who persecuted Christians, to Paul’s own becoming a follower and lover of Jesus. There was no way Paul could explain the radical conversion from his brand of Judaism to becoming a prophet preaching Jesus Christ.  The only explanation was God.  God has given Paul a vision of Christ and that vision so overtook Paul, that he could do nothing else but follow Jesus and talk about Jesus, and try to get other people to know and love Jesus the Christ.  Paul was, himself, an outsider, independent of the faith and followers coming out of Jerusalem, and sort of marching to the beat of his own drum—or tambourine, or maracas, perhaps.  Paul was different, and that’s probably why God chose him.  The people in such far-flung places as Arabia, Syria, Cilicia, all over Asia Minor and Greece were looking and waiting for God.  But God sent them Paul.  And Paul brought them God in Christ.

And finally, in our Gospel from Luke, people get surprised. Here, it’s Jesus himself who heals, but we shouldn’t hear the story only through our accumulated understanding of who Christ is, after two thousand years.  Imagine what it must have been like for the people in that town of Nain. They’d just buried a child.  They’d lost one of their own.  They must have asked God why, why a child? Why this child? Why now?  God answers their prayers with the presence and healing of Jesus, which must have surprised them as much as it might surprise us for a stranger to walk into our church and begin performing miracles.  They couldn’t possibly have been looking for God in that form, in the person of Jesus, but they received him and understood him.  And that allowed the healing to happen.

It all comes down to incarnation.  Whether one accepts that Jesus is the Christ, the Messiah, that Jesus Christ is God-the-Son, a working faith of any kind needs to be embodied or it just exists in air.

Rabbi David Wolpe used to teach at Jewish Theological Seminary but now is at Sinai Temple in Los Angeles. A while back, he had a great article in Time Magazine, but it’s an article I return to.  In this article, Rabbi Wolpe talks about that phrase we keep hearing in studies and polls, in which people say with increasing numbers, “I’m spiritual, but not religious.”  According to one poll, almost one in five Americans uses this phrase when asked about religious belief.  And while not criticizing the way people define themselves, Wolpe point out that abstract feelings of warmth or wonder don’t cause change.  Institutions have problems, but institutions are the only way we have to keep ideas going.  He asks, “If books were enough, why have universities? If guns enough, why have a military? If self-governance enough, let’s get rid of Washington. The point is that if you want to do something lasting in this world, you will recall the wise words of French Catholic writer Charles Péguy: ‘Everything begins in mysticism and ends in politics.’” (Time, March 21, 2013)

Wolpe is arguing about religion itself and about the necessary messiness and humanity of it all.  But this is true, I think, even more when we begin to think about how God show up for us, how God effects miracles among us, and how God answers prayer.

If we expect God to work through people, that means that with regard to our health (physical, spiritual, and psychological) we should listen to doctors.  We should weigh what they say with what we know and feel, and compare it with other information.  We should go to our appointments and take our medicines and do everything we can to allow God to work through other human beings, through technology, and through systems and structures.  But we also keep praying, mindful that God might surprise—through an existing system or person, or perhaps from out of left field.

If we expect God to work through people and sometimes in spite of people, it means that we don’t simply go into church and pray for a new job, or a new relationship, or a new [fill in the blank.]  Rather, it means that we trust God might work through educational and training systems, through networks of other people, through all of the various services and structures that might offer help. And we pray.

People will disappoint us, hurt us, and let us down.  Institutions will disappoint, and fail us.  But God is God and will continue working through us, through others, and through all that we create.

This afternoon or in the coming week, I encourage you to take a few minutes and think about the ways God has come to you in physical, earthly ways.  It might have been in a time of need. It might have been when you were hungry like Elijah, or poor like the widow. It might have been when you were sick or perhaps even near death like those in today’s scriptures.  Or perhaps you haven’t thought of God walking in our midst.  But in the coming week, I invite you to look for God, look for God Incarnate, Christ whose Body is broken for us at the altar, but also in kitchen, the street, the office, the playground, and wherever the people of God may be.

Thanks be to God for coming to be among us in Jesus Christ who answers prayer in surprising and mysterious ways.