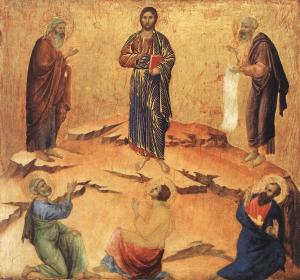 I’m reading a book by a chef named Gabrielle Hamilton. [Blood, Bones & Butter: The Inadvertent Education of a Reluctant Chef, Random House, 2011.] She runs a little restaurant called Prune in New York, and she’s known for being as up front and honest in her speaking as she is in her cooking. Her food is unpretentious and uncomplicated, but creative and nurturing. The book tells part of why both she and her food are the way they are.

She begins the book by describing these amazing summer parties given by her family when she was growing up. As she describes the building of the charcoal fire, the roasting of lambs, the lighting of luminaries through a meadow, and then all the interesting, creative people who would attend, it’s tempting to read that description and think, “wow, what a childhood. I might be a famous chef, too, if I grew up that way,” with a French mother and an artist father who both seem a little “larger than life.”

But then, Hamilton reveals that childhood was not only a long summer party. Her parents divorce. The family goes in different directions, and the whole picture changes. I realize that the story sounds the way it does, the people seem the way they do, because of Hamilton’s telling. By deeply engaging her family (and indeed, through the rest of the book, by deeply engaging other significant people in her life) the author grows stronger. She grows into herself.

I don’t think it’s too much to say that she is “transfigured” by those who have gone before her. She is transfigured by her forbears.

I like that word, “forebear.” Not only does it avoid the awkward construction of having to say both “forefather and foremother,” but it is also more expressive and personal somehow than simply saying “ancestor.” A forebear is someone who has gone before us—whether related to us by blood or by some other means, but a forebear also puts into my mind the idea that even as I might “carry” a forebear with me (inside my head, inside my heart, sometimes in my appearance, in my way of speech, or in my mannerisms), my forebears also sometimes carry me. The memory of them, the presence of them sometimes carries me and gives me strength.

I think this happens for Jesus in today’s Gospel. He and some of his disciples go up a mountain. Matthew’s Gospel doesn’t say what they were doing, whether they were all at prayer, or just Jesus was praying alone, whether they were discussing theology, or simply taking a hike. But there in the midst of their day, Moses and Elijah appear. This appearance is not random, but very specifically related to Jesus. It’s often understood that the appearance of Moses represents the Law of God, and the appearance of Elijah represents the tradition of the prophets. Their presence endorses Jesus as the fulfillment of those two great traditions in Judaism. And then to underscore the meaning of the vision to the disciples, the scripture says Jesus was “transfigured before them.” His face shines like the sun. His clothes begin to glimmer. And then the disciples hear the voice of God saying, “This is my Son, the Beloved; with him I am well pleased; listen to him!”

The presence of Moses and Elijah should not be underestimated. The first reading from Exodus reminds us of the power of Moses. He received the Ten Commandments from God. He was the go-between for the people with God. God worked through Moses to liberate the people from slavery in Egypt. Moses walked with them through the desert. Moses led them to the very edge of the Promised Land. As if Moses were not enough, Elijah is there, too.

Elijah was believed to have raised people from the dead, brought fire down from heaven, and then when his time was ended on earth, Elijah was thought to have been taken up into heaven in a chariot of fire.

Moses and Elijah were powerful people for Jesus to contend with. He could have chosen a different way of dealing with them. He might have set himself up as being so different from the old ways as to be almost unrecognizable. But instead, Jesus made peace with these two powerful traditions within Judaism. He made peace with his spiritual forebears. And through that process, he was transfigured—he was changed with more strength, with more purpose, with a deeper sense of God’s presence and power.

Transfiguration occurs for Jesus when he recognizes, when he befriends, and when he accepts his spiritual forebears. It happens for us in similar ways. It happens in a variety of areas.

Transfiguration happens in institutions. As a parish that is one hundred years old this year, we have the opportunity for unearthing some of our history, picking it up, and looking at it closely. We can explore how we came to be an independent congregation from St. Alban’s. We can look at the role the parish played in some of the major events of the diocese and the world. We can give thanks (especially on hot days) that this was the first congregation in the diocese to be air-conditioned. (But we can also be aware that most of that HVAC system remains the original equipment and needs to be replaced.) It’s an opportunity for us to study our history, but then decide what we want to do about it. Do we live into the future with an idealized version of what we should be? Or do we get about making our own history, while still being thankful and mindful of the past?

Transfiguration happens in leadership roles, whether one is the head of a women’s circle, the coach of a soccer team, or the CFO of a company. As the rector, I encounter possibilities for transfiguration in my role. All Souls has had some strong rectors. But each new priest has had to deal with the legacy of his forebears. Henry Hatch Dent Sterrett had to follow his father, Dr. James MacBride Sterrett, a dynamic and well-loved priest. Rev. Blackwelder had to follow the powerful legacy of what had been essentially a family business of the Sterretts. Rev. Mackov had to follow Blackwelder, a well-known personality in the local media, and a conservative force in the diocese. Rev. Cave had problems of his own, though some of this may have been in reaction to the powerful legacies he followed. And Father Van Dooren stepped into a church that was largely empty, with stained-glass windows covered with soot, and yet, he found a handful of people thirsty for the Spirit of God. And now, here I am. I don’t have Moses and Elijah looking over my back, but sometimes it feels like my forebears are just as formidable.

We all encounter these opportunities for transfiguration—in our work, in our families, in our organizations, and in our personal relationships. We become transfigured by our forebears when we recognize, we befriend, and we accept.

Recognizing. It’s important to recognize the forces of history and presence that are alive and well around us and in us. Notice them, acknowledge them. Thank them for showing up. Learn about them. What motivated them? What led them on? What held them back? What shaped them?

Befriending. But then, the second step in transfiguration has to do with befriending the forebears. Befriending simply means coming to terms. While we thanked the forebears in noticing their presence, in befriending, we also might shake their hands and thank them to leave now, their work is done. Befriending may include forgiveness. But the coming to terms with our ancestors, our forerunners, the ghosts in our closets, the spirits that invade our relationships (the former spouses or partners)—the befriending of our forebears will allow for the third aspect of transfiguration: acceptance.

Accepting. Having acknowledged, having made some attempt to befriend, God helps us accept who we are in our current position, or relationship, or standing. We can accept all that’s gone into the equation, and we can look forward to the future with new faith and with the confidence that we are not alone. God allows us to move along with the Communion of Saints (and the community of sinners).

I know a lot of people are familiar with the little poem or saying called “Footprints in the Sand.” The poem is about looking over one’s life and noticing that during the hardest times, there appears to be only one set of footprints in the sand. The speaker wonders where God has been during those times, only to hear that those places, with only one set of footprints, are the places where God carried him. This idea can be a powerful reminder that we’re never alone. But in reality, I don’t think the true picture looks like those photographs and posters of “Footprints in the Sand.” At least not for me. Instead of just one set of footprints during the difficult times, I think the picture looks more like a beach party has happened, or a mob scene of confused and unconnected footprints, a whole cluster of footprints, representing all of those who have held me up, prodded me from the past, or taken my hand to lead me into the future.

To imagine the Transfiguration as including a transforming of relationships is in no way to diminish the presence of God or the moments that seem miraculous. It is, instead, simply to affirm that often, God transfigures us with help of other people, God working through them to change us, and get us ready for whatever lies ahead.

For Jesus, the Transfiguration changed him and strengthened him for the way to Jerusalem, the way that would go through the Cross, through death and into resurrection.

As we enter into a new season of Lent this next week, may God continue to work through us toward transfiguration and renewal.