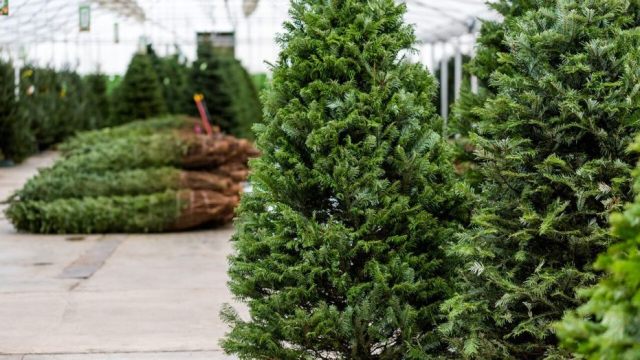 If you think about it, we do a strange thing to our houses, apartments and churches at this time of the year. We bring inside things that usually belong outside: trees and wreaths, pine cones and branches.

In addition to the greens, the typical crèche, or nativity scene brings in even more of the outdoors. There are often a few sheep. There is of course an ox and a donkey. The shepherds are there, and the wise men usually ride in on a camel or even an elephant—all inside the church or home where a crèche is placed.

Bringing things from the outside in is really at the heart of Christmas, because that’s exactly what God has been doing since the beginning of time.

Remember Adam and Eve began as the ultimate insiders. They were inside the garden of Eden, paradise, a magical place and state of being. But their curiosity got the best of them and before they knew it, they had stepped outside the garden. It’s as though they lost their way, they forgot who they were, they forgot where they lived. And so, God began a plan to bring them, and us their children, back inside. This movement of outside-in would take place through the directional sense of the second Eve’s “yes.” It would take place through the cry of the second Adam—first as a baby, then as a man, and finally as God-returning-to-God, as God-in-Trinity.

In the early days of Advent we heard the words of the Prophet Isaiah assuring people that their outdoor days were numbered. One day they would be welcomed back in, back into Jerusalem. In today’s reading, Isaiah celebrates not only the return, but even the herald who brings good news of return. God has returned to Jerusalem and now his people are returning, too. The Lord has brought comfort, the Lord has brought redemption, he has brought healing. The Lord God has brought his beloved people home.

He came to his own home, and his own people received him not. But to all who received him, who believed in his name, he gave power to become children of God; who were born, not of blood nor of the will of the flesh nor of the will of man, but of God. And the Word became flesh and dwelt among us, full of grace and truth; we have beheld his glory, glory as of the only Son from the Father.

Jesus knew what it was to be an outsider. His own family seems to have had trouble from time to time understanding him. The disciples didn’t always catch on. The religious authorities found him threatening and were in the middle of the scheme to have him killed. Jesus even died outside the city limits of Jerusalem. But he rose again, he stepped out of death and back into life and in so doing, folded creation in upon itself, outside in. The normal course of things is reversed, barriers are broken and walls knocked down. God has come to us and so we don’t get to God by moving along a straight line.

We can only receive. We can apprehend. We can accept. We can allow God to be born anew in each one of us. “[T]he Word became flesh and dwelt among us, full of grace and truth; we have beheld his glory, glory as of the only Son from the Father.”

Ephrem the Syrian, a 4th century theologian, suggests that we decorate not just our churches, but that we also decorate our hearts. “On this feast,” he sings, “let everyone garland the door of [their] heart. May the Holy Spirit desire to enter in its door to dwell and sanctify. For behold, She moves about to all the doors to see where She may dwell.” (Hymn 5)

May our hearts be so decked as to woo the Holy Spirit, that we may allow God in even as God bring us more closely into his light, into his laughter and into his life everlasting.