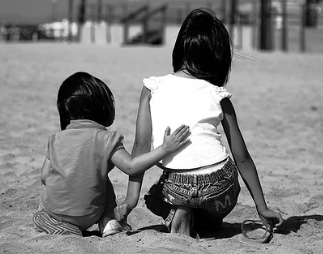 Our first scripture reading today is a teaser, almost, of one of the longest and best-developed stories in all the Bible.  The story of Joseph begins in Genesis 37 and continues all the way to Genesis 50.  If you ever saw the play or the film, “Joseph and the Amazing Technicolor Dreamcoat,” then you know the story, as well.

Joseph is the favorite son of his father Jacob, but Joseph is also something of a spoiled brat. Because he was his father’s favorite, he was given a special garment, a coat that the King James Bible described as a “coat of many colors.” More recent versions call this a “coat with long sleeves,” but whether it was long-sleeved or many-colored, it was just one more reason for his brothers to hate him. His brothers find his dreaming and his special skills insufferable, to the point that they sell him into slavery, letting their father believe that Joseph has been killed by a wild animal.

But Joseph eventually ends up in the house of an Egyptian official named Potiphar, is set up by Potiphar’s wife, and sent to jail, but gets out of jail because he can interpret dreams, and eventually ends up being a high official in the court of Pharaoh.  Because Joseph can predict the future, he is able to see that a famine is coming, so helps Egypt prepare and save for the famine.  At the height of the famine, Joseph’s brothers (still living back in Canaan) begin to search for grain and end up begging for food in Egypt.  They come to Joseph, but don’t recognize him as their brother.  And even though Joseph tests them a little, (and I like to think Joseph is really trying to decide whether he can forgive them or not), Joseph eventually decides to forgive, and we have the highpoint of the story—a story of forgiveness—that we heard in today’s scripture reading. Joseph hasn’t reached this position easily, surely. But he has had time to pray and think and grow.  He summarizes this near the end of chapter 50 when he remembers his brothers selling him into slavery, but says, “Even though you intended to do harm to me, God intended it for good” (Gn. 50:20).

We’re not often put in that position of Joseph, in which those who have intended evil to us, end up coming before us and needing something.  But if we were in that position—how would we act?  Would we go for the jugular and really make it hurt, seeking vengeance, wanting to feel like a wrong is being righted, somehow trying to balance scales of an eye for an eye?  Or do we remember Jesus, and remember his words?

In his Letter to the Corinthians, St. Paul reminds his audience that the Resurrection reminds us of the power of the spirit.  We are more than base human desires, more than animals needing to fight for turf or prestige or possessions. We are also people of the spirit, and as such, are capable of being brought by the Spirit to new heights and new ways of behaving and new levels of loving.

Be merciful, Jesus says. Don’t judge, but be merciful.

I have a friend whose work is somewhat entrepreneurial—he’s basically a deal-maker, putting together various individuals and groups for successful business ventures.  He was recently put in a spot he had dreamed about.  Years ago, the friends of a friend had promised to help him in business, but backed out at the last minute, leaving my friend in debt and almost in bankruptcy.  Fast-forward to this year, when the same individuals approached my friend, asking for a deal that would save their business.  My buddy had a decision to make:  would he put into place one of the many plans for vengeance he had replayed in his imagination? Would he explain to them his dilemma?  Or would he simply move forward and let the situation unfold, relying on his new partners wo help him decide whether the new deal made sense or not?

What would we do?

Love your enemies, do good to those who hate you, bless those who curse you, pray for those who abuse you. If anyone strikes you on the cheek, offer the other also; and from anyone who takes away your coat do not withhold even your shirt. Give to everyone who begs from you; and if anyone takes away your goods, do not ask for them again. Do to others as you would have them do to you.

Jesus is not saying, “embrace being the victim.”  Instead, he’s saying, even when we’re victimized, we still have agency. We can choose what to do next.  If we choose not to remain the victim, we can “turn the other cheek,” or “give shirt and pants as well as a coat,” and in so doing, we take control of the situation for good and for God’s good.  We turn the energy and the power of the equation and offer blessing, forgiveness, and a way forward.  We can say with Joseph, ““Even though you intended to do harm to me, God intended it for good.”

In the days of St. Francis of Assisi, there was a young follower of Francis named Brother Angelo.  Brother Angelo was put in charge of one of the early Franciscan houses. He was the guardian of the house, while Francis and the other brothers went out and preached and begged for whatever food and drink they could find.

While the friars were out preaching and visiting, a gang of three notorious robbers came to the friary and knocked on the door.  When Brother Angelo answered, there stood the robbers, demanding food and drink.  Angelo, filled with the righteous indignation and fiery faith of a new convert, yelled at those robbers, “You robbers and cruel murderers… You aren’t ashamed to steal the hard work of others and now you’re bold and shameless enough to try to devour the alms sent to the servants of God!  You aren’t worth the ground to hold you up! … Go!  Mind your own business and never show yourselves here again!” And so they left.

When Francis and the other brothers returned, Brother Angelo excitedly told them how he had denounced the robbers and sent them on their way.  But Angelo was surprised by the response of Francis.  St. Francis reminded his brother that people are brought back to God more by sweetness than by rebuke.  He reminded them all how Jesus taught that it’s not the healthy who need a doctor, but the sick; and how Jesus came not just for the good, but especially for those who find it hard to be good.  And so, Francis commanded Angelo, “Take this little bread and jug of wine.  Go and find those robbers and apologize.  Kneel in front of them and beg forgiveness for your rudeness and insist they take this bread and wine.

Brother Angelo did as he was told.  The robbers were so shocked and moved by his action, that they turned from their ways and joined Francis to become friars themselves.  [The Little Flowers of St. Francis, chapter 26, by Thomas Celano.]

Francis was teaching what Jesus taught: When wrong is done to us, the person of faith does not reciprocate.

In just a few weeks, we begin the Season of Lent.  You’ll notice that at the very beginning of our worship services, instead of saying or singing “Glory to God in the highest,” we’ll instead say or sing, “Lord have mercy upon us.”  Lent is a season for asking God’s mercy—but may the Spirit enable us not only to ask for God’s mercy to be shown to you and me, but also that God would enable us show mercy to ourselves, to one another, and to the world.