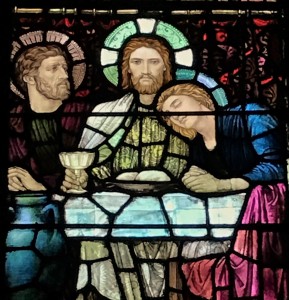 At the 2016 Democratic Convention that Michelle Obama gave a rousing speech that included a section where she talked about some of the things she and President Obama tried to teach their daughters. In a famous line, she said that, “we explain that when someone is cruel or acts like a bully, you don’t stoop to their level. No, our motto is, when they go low, we go high.”

In many ways that motto became the slogan for many during the presidential campaign and since. I have often thought of it, when I was tempted to respond to something I saw on Facebook or something I read or heard in the news.

While I have complete respect for Michelle Obama, I’ve been thinking lately about some possible limits in what might be thought of as “going high.”

The problem with “going high” is that one can end up seeming aloof, distant, or indifferent. Even the language of “going high” or “taking the higher ground” implies the obvious—that the person I’m having trouble with is lower, or inferior, or “less than.” And so, without doing or saying anything, I have created more distance between me and the other person, not less.

This is what Jesus is modeling at the Last Supper, as he kneels to wash the feet of his disciples. Not only does Jesus wash the feet of Simon Peter, who resists, but then gives way. But evidently, Jesus also washes the feet of Judas Iscariot, since (as John tells the story) Judas only leaves the Upper Room after the footwashing and meal.

Perhaps in the spirit of Maundy Thursday, we might try some time—just as an experiment, perhaps—“going low,” instead of going high. By “going low,” I mean that we do something to serve the other person, we move towards the other person, we do something to try to understand their point of view, their belief, their hopes and their fears. The action for us to move outside ourselves might entail going high, going low, going right, or going left. But if we go with the heart of Jesus, we are not alone, we need not be afraid, and we will be following the New Commandment of our Savior and Friend, that we try to love one another as he loves us.

May the Spirit continue teach us to serve, as we try to follow Jesus.