A Kingdom of Service 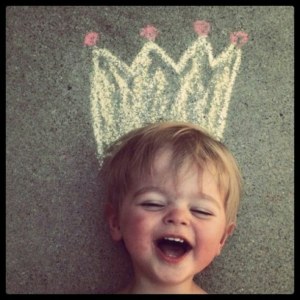 In 2008, Peggielene Bartels was going about her life. She worked as a secretary at the Ghanaian Embassy in Washington, DC, and kept busy supplementing her income by working as a receptionist at a nursing home. In spare time, she would take Ghanaian art and crafts to church bazaars and markets, raising extra money as she could.

But then she got a call from Ghana. Her uncle the king had died. The village elders had met, and Peggielene Bartels had been made King of Otuam.  King Peggy.

Since that phone call, she has continued her routine in Washington DC, but travels to Ghana whenever she can to preside at court, help solve village complaints, and continue to do what she can to improve the lives of her village.

In our day, when the news is full of examples of men in authority abusing that authority, and worse—not even comprehending the problem, it’s helpful to know about King Peggy.

What I love most about King Peggy is the way she understands her calling as one of service. In her memoir, King Peggy: An American Secretary, Her Royal Destiny, and the Inspiring Story of How She Changed an African Village, she writes about working in the embassy one day—running this way and that, covering details, doing everything necessary to make a reception happen. She noticed a phrase on the wall that said, “He who wants to be king in the future must first learn to serve.” Peggy says she barely slowed down as laughed to herself, “This king serves, sure enough. I serve coffee.  I serve tea.”

That sense of service, and its refusing to stand above or apart from others, is at the heart of the meaning of Christ the King Sunday, this last Sunday before the Season of Advent.

Jesus himself tried to reinterpret what a king looks like, as he said, “My kingship is not of this world.”  When pressed by Pontius Pilate, “But, are you a king?” Jesus simply responded, “You say that I am….”  Jesus is the sort of king his own mother sang about, one who would

show mercy …,
scatter the proud …,
cast down the mighty …,
lift up the lowly …,
and fill the hungry with good things…

One way of understanding the person and work of Jesus begins in the Hebrew scriptures: the idea of a shepherd king.  King David is the forerunner and today’s first reading, from the Prophet Ezekiel, deepens this image. The shepherd is one who seeks out and saves, who finds who’s lost and brings her home.  The shepherd king offers shelter, nurture, and protection.

At the same time, the shepherd is no wimp.  He shows strength when needed and encourages the problem sheep to shape up or move along. The shepherd king is not sentimental, like some Victorian watercolor of a blond, blue-eyed, “Good Shepherd.”  Instead, the Good Shepherd is tough as nails when he needs to be, is ready to risk his life for the sheep, but still treats each one with gentleness and care.

A similar idea appears in our Gospel. Now, if you haven’t been in church for a while, you might have a tendency to fixate on the language of judgment, judgment between the sheep and the goats.  Judgment, unfortunately, is all some people hear from religion.  But notice that in today’s scripture and everywhere else, judgment is none of our business. It doesn’t belong to us.  It doesn’t belong to any religious leaders.  Judgment belongs to God alone.

Our task is to imitate the shepherd-king and look after one another, help each other, especially watch out for the least well-off and the neediest.

Jesus explains that his is a kingdom of service, a commonwealth of helping others:

Come, you that are blessed by my Father, inherit the kingdom prepared for you from the foundation of the world; for I was hungry and you gave me food, I was thirsty and you gave me something to drink, I was a stranger and you welcomed me, I was naked and you gave me clothing, I was sick and you took care of me, I was in prison and you visited me.

At every turn, Jesus chooses service over privilege. When he enters Jerusalem for what will be his final days (the entrance we remember on Palm Sunday), Jesus rides on a donkey—risking ridicule and comedy. He rejects a crown, and so his persecutors have to make him one of briers and thorns. He rejects power, prestige, and popularity—he even rejects success, at least in the eyes of the world.

He serves alongside us, in front of us, in back of us. Jesus is the king who is mopping the floor after we’ve gone home from the party.

One of the earliest stories about Jesus has to do with the moment he approaches his cousin, John the Baptist.  Jesus wants to be baptized.  But John says, ‘No. It should be the other way around. I should be baptized by you.”  But Jesus insists—he wants to be baptized by John just like other people.  Jesus wants to stand in that same water over which the Spirit of God hovered at creation; the water through which the children of Israel were led to freedom. Jesus shows his humanity and his humility. As he is baptized in the love and mercy of God, he’s also baptized into the service of humanity, so that he, too, can then invite others into the water—for refreshment, for cleansing, for healing, and for renewal.

In just a few minutes, we will baptize Jason Watters.  Baptism marks a beginning—a new beginning in love, in relationships, in worldview, in self-understanding, but also it marks a deepening into Christian service.  Like King Peggy of Otuam, Jason might his time filled with serving coffee, or providing calm in the chaos of feeding hundreds on Thanksgiving.  Who knows where the Spirit may lead next.

For us, whether we remember our own baptism or come from a completely different perspective and simply take what we can from this sacrament—today is a good day to renew our own sense of service.  Question and reject the kind of authority that props itself up at the expense of others.  Instead, let us be a part of the kind of authority that sneaks up through compassion, care, and service.

In the scripture readings earlier, we heard beautiful words from Paul’s Letter to the Ephesians.  May they come true for Jason, for us, and for all–that we may be given that “spirit of wisdom and revelation [that] … with the eyes of [our] heart enlightened, [we] may know what is the hope to which he has called [us], what are the riches of his glorious inheritance among the saints, and what is the immeasurable greatness of his power for us who believe,….”