With our lives as well as our lips 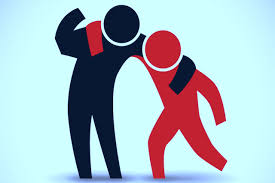 Often, when I meet people for the first time and they learn that I am the rector of Holy Trinity, they will, at some point, ask me something like, “How big is your congregation?” I usually pause and try to figure out exactly what they are asking.  It’s not that I’m tempted to be dishonest and inflate the numbers. Do I answer with the total number of people for whom we have records? (Just under 700 members).  Or, do I say that our total average Sunday attendance is around 125?  But what about all the other people who come and go from our building and experience the presences of God, the presence of Love, the presence of a Higher Power?  When people ask me how big is my congregation, I really want to include the hundred or so people who come every week for programs of Health Advocates for Older People, the forty-or-so Senior Lunchers, the 80 to 100 neighborhood dinner guests, the 20-30 men who stay with us over five nights of our shelter, and the several hundred people who attend Twelve Step Recovery Meetings.  I’d want to include all these people because to do so, I think, would be the most honest answer, since Christ is known and being made known in each of those contexts.

In today’s Gospel, Jesus is trying to help some of the religious people of his day, as well as his disciples, understand that “religion” is one thing.  But encountering the presence of God is another.  God shows up in religion, but not always and not necessarily.

From time to time in the Gospels we hear about the Pharisees. The Pharisees were a particular group of religious people who were extremely concerned with following the laws of God as closely as possible. Many were good and faithful Jews. But some were all caught up in appearances. They worried about how they looked (what people thought when they saw them). They worried about how they sounded, as they spoke to one another and said their prayers.

And they worried about how people regarded them, whether they were seen to be people of authority or not. And so, when Jesus comes on the scene—preaching, teaching and healing—the Pharisees are curious and they feel threatened.

They try to get Jesus into a conversation about authority—by what authority does he teach? Where did he go to school? Who did he study with? What are his credentials? But Jesus refuses to get bogged down by these people. Instead, he looks at them, and he looks at the people who are gathered, and Jesus sees a more important point to be made. Almost to prove to the Pharisees how out of place their question is, Jesus asks them the strange question about John the Baptist. Sure enough, it stumps the Pharisees, and when they can’t answer it, Jesus moves on to his larger point.

Jesus tells this story about two children. The first is asked to go into the vineyard and do some work. Evidently, this child has other things on his mind, so he tells his father, no. But after a little while, this first child feels bad about what he has said, and so, he goes to the father and apologizes.

He repents not only of his rudeness, but also, of his unwillingness to work. Presumably, the father accepts his repentance and then the child goes into the vineyard and does a fine job. There is also another child, a second son. And this one is very polite and initially tells the father, “Sure, of course I’ll go and work in the vineyard. But the second child doesn’t follow through.

The Pharisees are listening to this story, but they’re listening with a particular context and tradition. The Pharisees had a teaching that almost seemed to place intention above practice. They may have explained this by arguing that one needs first to have the “right intention” to act; and then, maybe with God’s grace, the right action might just follow the right intention. There is truth to that, but Jesus also sees the problem if one only stays at the level of intentions.

But when Jesus puts the question of faithfulness to them, the Pharisees answer correctly. They agree that the first son did the will of the father, since he repented, whereas the second child was all talk and no action.

And then Jesus sharpens his point. He tells the Pharisees that of all the people who will enter heaven, of all the people who will be received into God’s closest presence, the first will be those who have been honest with themselves and with God, who have shown true repentance, and who have then followed through with the living out of their faith. The last ones to enter will be those who say one thing with their lips and another with their lives.

In the parable that Jesus tells, the first child may sound brash or rude, but the second sounds so polite, doesn’t he? The second son sounds like the sort of person that could be called “a good egg.” But as CS Lewis points out, a person can’t just always be a good egg. An egg has to hatch at some point, or it rots. The polite son is like a good egg that never hatches. It doesn’t produce. It lives only for itself. It sits there and eventually begins to rot. (Darkness at Noon by CS Lewis)

If we were to use this story to think about our world, we could probably say that we all know people who are like the first child and the second child. I wonder if the first child—the one who initially told the father that he would not go into the vineyard—I wonder if this first child is a little like the folks we might know who, Sunday after Sunday, have no intention of coming to church. Maybe their talk is a little course, their lives pretty rough in places; but their hearts are pure in their dealings with other people. They’re blunt, but they’re honest and they don’t make any pretense.

We might know some like the second child, the one who seems so polite and well-intentioned. I sometimes fear that some who go to church every Sunday resemble the second, polite child. We fill pulpits and pews, we sound good enough, and we talk the talk. But do our lives show that the words and life of Jesus really mean anything to us? Do we ever become more than merely “good eggs?”

We have plenty of modern-day Pharisees who would suggest that appearances are everything. They suggest that how we look, how we sound, where we live, what we do for a living—that all of these things reveal who we really are. But the God of Jesus Christ says otherwise. Jesus tells the Pharisees that there are a whole lot of people who are ahead of them on the road to heaven, and chief among them are the prostitutes and the tax collectors. Leading us all into the heaven are some of the poor, the uneducated, the dirty, the foul-mouthed, the alcoholic and addicted, the out-of-shape and unfit, the sick and the dying— Given such a procession, some might wonder if heaven is a place they really want to go? I can only say, that it sure is a place where I want to go, because it’s a place where there’s no makeup, no costume and there’s no pretense. There’s no “better than,” or “worse than” but a place where each one of us is received by God and made holy, made perfect, made beautiful.

May we be moved each day of faith bring to being a little more our most honest selves—where we speak the truth and live it, and where we don’t really have to even say very much because people can look at our lives and see the risen Lord Jesus Christ.